'I will create for you memories that you will treasure and be proud of.

A true cinematic masterpiece filmed and edited with skill and professionalism

that will capture the ups and downs, the ins and outs, the fun and laughter of your big day.

An investment into memories you will treasure - from the preparations to the celebrations,

'...we absolutely love it and can’t wait to share it with our families! It's perfect as it is!'

'This is amazing, thank you so much. Getting rave reviews all round and really captures the day'

'Wow thank you so much it’s amazing. We can’t stop watching it'

'Thank you for this. We both love it'

"I am a filmmaker - every wedding video I produce is unique with it's own style and personal touch. A mixture of traditional, yet modern with a touch of fun. I take it as a privilege to film and produce a wedding day video" - HPeterB

'The highlights video is fantastic - many thanks for this'

'The sky is the limit'...well sort of...Peter is capable of taking aerial shots that normally would be imposible to achieve - dramatic and impressive pictures and filming from a different perspective

Your Wedding Ceremony can be Live - no limits to viewers, anywhere around the world!

A combination of Marriage and Karaoke, makes a Marryoke...great fun!

Pick a song and everyone can sing along

Whether it's a Henna party, Sangeet, wedding teaser or Stag/Hen Do...get it captured!

To find out quickly if I have your date free:

I Do Wedding . Video is part of the CMTV.biz family

CMTV founder and chief broadcast cameraman Peter Burnett has a strong pedigree. Trained as a BBC sound engineer at the corporation’s Milton Keynes Open University Production centre, he is skilled in camera, lighting and post-production work...loves Krispy Krem doughnuts...well any doughnuts...and could live on cheese and biscuits...

Moving on to further work with a number of leading audio visual companies, he dealt successfully with clients as prestigious as Rover, Sooner Snacks, Wrangler, the Book People and Nestle

He also has considerable experience in the charitable sector, with 20 years of experience filming and working in locations as diverse as Albania, Azerbaijan, Egypt, Iran, Morocco and Tunisia. And has also had to work from scratch in difficult situations like the flooding in Mozambique, post-fighting reconstruction in Afghanistan and disaster relief during the fighting in Kosovo and Iraq

Peter has produced many high-impact promotional and fundraising videos, raising awareness about humanitarian needs around the world. His work has been used on national television, including the BBC’s Songs of Praise programme.  He has also worked on TV programmes such as Debut, Run Around and Take Hart

His logistical skills, cultural sensitivity and experience in difficult situations make him the reliable choice for powerful results...that's not when he's playing games on his computer - League of Legends, Temple Run 2 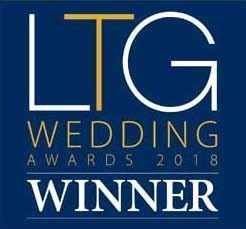 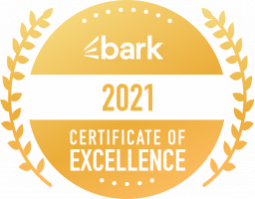